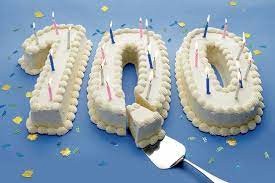 Have you heard of life science?

Life science is devoted to studying lifespan, including how and why we age. Life science researchers have already made discoveries that may end aging as we understand it today. But their studies are only effective if we follow their learnings and do what is necessary to extend our longevity.

Part of ending aging as we know it today depends on whether we hold tight to the belief that genetics is destiny when it comes to our longevity.

Do you look at your family’s longevity as the barometer of how long you might live? If so, life scientists say it’s a false measure. Dr. Nir Barzilai, director of the Institute for Aging Research at Albert Einstein College of Medicine, has been conducting a critical centenarian study to chronicle how people age healthfully well past age 100.

Dr. Barzilai asserts that genetics plays an ever-decreasing role in how long we live. Further, he asserts that aging can be cured. Dr. Barzilai is clear that we must not “stigmatize” aging or old people by attacking aging. Instead, we must recognize that many of the classic symbols of debilitating aging, such as memory loss and frailty, are not inevitable but are caused by a cluster of chronic conditions that are preventable and may be curable.

All this takes is a new attitude toward age itself. Start by recognizing that it’s not your birthdate that counts in determining your longevity—it’s your BioDate. Elysium Health, a life sciences company, has clinically validated an at-home-test to assess your biological age. It also measures your cumulative “rate of aging,” the average age at which your body is expected to perform. The test uses an epigenetic biomarker called DNAm PhenoAge to determine your BioAge.

Age research is not pie-in-the-sky immortalism, but real science that seems fantastical only because it’s so new.

We are at the threshold of public understanding that aging can be disrupted. In the past six months, I have attended conferences dedicated to stamping out aging—the targets are not ageism, disease, heart attack, cancer or even diabetes. The entire concept of “getting old” itself is under attack by these researchers.

For example, the Metabesity Conference at the Carnegie Science Center in Washington, DC, brought together interdisciplinary speaker-panels to share collaborative solutions regarding diabetes, diseases of aging and aging itself.

“There is evidentiary support for viewing cardiovascular and neurodegenerative diseases, cancer, diabetes, obesity and aging itself as sharing common metabolic roots that are susceptible to common preventions and cures.” Metabesity co-chairs Dr. Alexander Fleming, founder of Kinexum, and Dr. Lawrence Steinman, professor of neurology and neurological science, pediatrics and genetics at Stanford University.

Of course, such scientific sentiment is not new, but rather it is coming of age. (Pun intended.)

Understanding how we age…and more importantly, what we can do to stave off the aging process is garnering a great deal of attention and research dollars. Dr. Aubrey de Grey, who I interviewed on my radio show Generation Bold (show #42), is the founder of The SENS Institute in California. His book Ending Aging explains how we age, and his research is devoted to stopping aging.

Dr. Michael Lustgarten, who I interviewed on Generation Bold (show#40), is a scientist at Tufts University Center for Aging and Nutrition and author of Microbial Burden, a book about age-related diseases. He acts as his research guinea pig, experimenting with different foods and measuring his biological age. The 46-year-old is 29 biologically.

By writing books translating the scientific understanding of aging in layman’s terms, these researchers hope to promote changes both in government spending policy to target aging itself, as well as in generating individual behavioral change.

As an age-boom journalist, I see real change in who is joining up with the Stop Aging movement.

For example, in attendance at Metabesity were representatives from PepsiCo R&D speaking on how commercial food and beverage formulas can disrupt our nutritional lives and help stop or retard aging. It’s exciting to see companies like PepsiCo, with so much influence over our daily food habits, joining with life scientists to aid in a shift to the concept of food as medicine.

With nutrition playing such an important role in retarding decline as we age, a new discipline called medical nutrition is taking hold. Chef Karl Guggenmos, WACS Global Master Chef, has trained 8,000 doctors in this new antiaging cross-discipline. This training is itself a breakthrough, as physicians get less than 20 hours of nutritional education over a four-year program.

Check out the store at GenerationBoldRadio.com to learn more about how Chef Karl is getting anti-aging meals to the public.

Imagine if Pepsi, McDonald’s and mega-food companies used some of their advertising dollars to promote aging as a healthy life stage with education on how to eat to increase longevity! Given the power of advertising over our personal habits and preferences, that could make greater change in our behavioral health than all the health-care spending combined.

It’s not just scientific and medical research, but lifestyle approaches that are deemed necessary to end aging as we see it today.

Consider the contribution of social scientists like Lucy Rose, director of the Cost of Loneliness Project. She, along with many researchers, equates loneliness with ill health and even death. Numerous studies show that “loneliness kills. For seniors, loneliness can be as large of a health risk as obesity, smoking, or alcoholism.”

Lonely seniors have a 64% greater risk for dementia than those with two or more friends they contact regularly. Ms. Rose is determined to create a dialog for prevention, rather than intervention, after loneliness has taken a psychological and physical toll.

“Longevity communities” take health, wellness and relationship into account to promote long life for their residents.

In the UK, Eric Kihlstrom, strategic director of Aging Analytics Agency and secretariat for the UK All-Party Parliamentary Group on Longevity, promotes longevity communities like Ebbetsfleet, from its bricks and mortar to its residents’ attitude and the amenities that support good behavioral health.

On October 10, I attended a closed meeting at the United Nations Day of Older Persons. Many countries are devoting health-care funds to stopping aging or at least increasing longevity. Denmark has an active aging national policy that funds individual and community exercise programs. Singapore offers a Special Employment Credit (SEC) to employers to help raise the employability of older Singaporeans.

The World Health Organization of the UN dubs countries as “age-friendly” if they excel in age-friendly community social infrastructure, productive opportunity, technological engagement, and health-care and wellness. As a region, Scandinavia takes the lead, but many other countries, including Australia and South Africa, are making a national effort to promote successful aging.

In the US, gerontologists are getting into the Stop Aging field.  Karen Tracy, vice president of strategic alliances and integrated communications for the Gerontology Society of America, is bringing pharmaceutical science, behavioral scientists, geriatric professionals and the public together to facilitate interdisciplinary dialogues that highlight ending aging.

Gerontology has historically focused on how to cope with decline. This new marriage of gerontology and successful aging is a professional breakthrough that mirrors other scientific discoveries we are seeing.

The Bottom Line on the Future of Aging

I am witnessing a groundswell of research, funding, government interest and private behavioral accountability that may mean an actual end of aging or, at the very least, may allow many long years of vibrant health for all of us.

Like many of the centenarians studied by Dr. Barzilai, we will die healthy! That means without diagnosed disease, pain or cognitive failure. Our cells will succumb to senescence and fail to divide and grow. Our body will let go, after many, many years.

The fundamental question is—what will we do with those extended years?

It has been my quest to make those years ones of contribution not of languish. Are you with me? If so, join me in the sentiment with which I end every radio show—“Get out there kids and make it happen!”