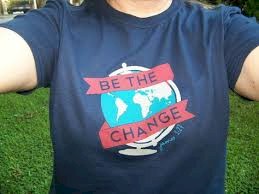 Are you feeling less influential in the world? Are you becoming invisible to the folks around you? Are you getting increasingly ignored at the deli counter?

If that’s what’s bothering you, Bunky, you’re probably just getting older. Yes, it’s true. The younger world sees us as less relevant as we age.

Fortunately, there’s an easy solution to this problem. Better yet, it’s within your grasp for under $15.

My epiphany began at an excellent production of Trainspotting Live at the Roy Arias Stages in New York City. If you know the cult novel and acclaimed movie on which the play is based, you know it’s about the heroin epidemic in Scotland and the lives of young people caught in the drug trap.

Now, at most plays in New York, and most elsewhere, you will encounter a bevy of grey heads and very few young spectators. If Social Security went bankrupt, Broadway would go down in flames. But, not at Trainspotting Live.

Here, the audience was millennials and younger, with trendy jeans and tattoos worthy of Bradbury’s Illustrated Man. Except for the five of us of a certain age.

The 60-something guy across from me wore a T-shirt that displayed one of the most thought-provoking and amusing phrases I have ever read:

“Surely, not everybody can be Kung Fu fighting!”

This was fodder for my imagination. Aside from the correct punctuation, the shirt had a hard message. Harking back to the lyrics of the popular song released in 1974, it questioned their veracity.

Even if everyone is singing or saying the same thing at the same time, is it true? Is it fake news? The T-shirt reminded us that we have the right to question and disagree…even in the face of general consensus.

It also reminded me of the fleetingness of truth.

Look, even if everybody was kung fu fighting back then, they are not now…or at least most of the folks in the audience surely were not. The words pinpointed the fickleness of culture and the forgetfulness of history.

As an extra dividend, my interest in his T-shirt confirmed why I like older men better than younger.

They get my references and me theirs. But, what else can a T-shirt do other than make you think, foster camaraderie and start a conversation?

Well, it can change the world.

Take the case of my friend Denise. Just today, she sent me the following email: “Let’s order T-shirts along w/our donation.”

With that simple statement, Denise will tell the world about the cause she supports and ask others to do the same. Someone will see it, and it will be more influential than a sound bite or a post because it will be one human to another—and then another and another—sweating under the words and declaring their importance.

T-talk also works to promote that small business you started after retirement. For example, my father-in-law donated the uniform jersey for his local Little League team. It sported his business name—“Walter’s Cleaners.” (His name was Marvin, but Walter sounded more sanitary.) The enterprise grew into two stores, and he was considered a pillar of the community.

I’ve found carpenters, electricians and even a dentist through T-shirt ads. (Fun fact: The first promotional T-shirt was sold in 1939 to hype The Wizard of Oz. That went well!)

What about the bands?

“Hey, man, so you were a Deadhead in the old days, just like my dad,” says the guy at the deli counter. “Did you hang with the girl groupies?” He slices your roast beef, thin like you asked. From store clerks to bus drivers, a relatable graphic on your T-shirt gets attention.

Best of all, you can mentor the world with your T-talk.

I am not a fan of tattoos. I consider it a desecration of the body. Moreover, it will eventually sag and the heart or butterfly will look like it’s reflected in a fun-house mirror. Your “Save the Monarch” shirt butterfly will fly unsaggily forever (or you can just get another one).

Did my daughter listen? No.

Yet, I must admit that I like the sentiment of her tattoo. It read, “One wants a bit of color.” It’s a reference to a line in La Cage Aux Folles, when the gay protagonist darns a boring suit but cannot resist red socks because “One wants….” You get it.

My T-shirt says, “Get out there kids and make it happen.”

It’s a reference to the signature line of my radio show, also promoted by the shirt. Another reads, “When life gives you a chance I hope you’ll dance.” I am getting one for my grandchild that reads the same. My next will express my wonder at life. It will read, “You can’t make this stuff up.”

Go ahead. Multiple shirts are OK.

T-shirts cost little enough that you can buy an assortment and fit your message to your mood without investing a lot, and without hesitation give the T-shirts off your back to admirers when the opportunity presents, multiplying your messaging power as those recipients set forth to do the human-to-human thing in your/their shirts. (OK, please have some hesitation if in public and dramatically ripping off your shirt would expose you.)

So, how do you make your T-shirts speak?

You can find tons of pre-messaged shirts for sale everywhere, and that’s OK, but I am a fan of creating. So use iron-on letters, a fabric pen or hire any of the dozens of companies that advertise online to create your own print-on-demand shirt. You can even create and sell your shirt designs at websites such as Teespring.

If you are a great T-shirt pundit—and anyone over 60 is—you can start your own post-retirement business.

Checkout Shopify for hints and tips. While you are at it, don’t forget the matching bumper sticker.

OK! Get out there, kids, and make it happen!