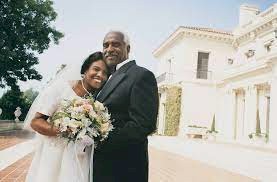 Your life is in good shape. Finances are under control. You enjoy your friends, children and grandchildren…you live in a nice place and things seem settled. Being widowed or divorced was never your long-term plan, but, here it is, and life is not bad.

The person who has been your significant other or plus 1 for years decides it’s time to tie the knot. Or, you meet someone, and it’s love at first sight.

Should you marry? Absolutely NOT—that is, if money matters to you.

Here are the top 7 financial downsides of later-life marriage:

And this doesn’t even consider working out how you will title joint and individual assets and checking accounts and how you will spend and invest money as a couple.

Yes, you are in love. But, do you both have the same spending habits?

A good while back, I wrote a book, Financial Planning for Couples, to help folks work out good ways to manage money together and divide financial tasks. I should probably update that book, because none of it has gotten any easier. In every one of us, money habits have been developed over a lifetime…it may be easier and less disruptive to let someone new into your life than into your bank account.

It’s no wonder that the Pew Research Center found that cohabitation among people over 50 has increased 75% since 2007, faster than in younger age groups. We want companionship…and there’s really no compelling reason to change our financial lives to get it.

OK, so even after all that, you still want to get married. Let’s think about why.

As for me, I married at age 23. My reasons were somewhat unusual.

My mother was widowed since age 40. I lived with her and my Aunt Rose, who never married. In those days, my aunt was referred to as a spinster. This was not a compliment. I saw loneliness that was hard to bear.

When my aunt was dying, I wanted her to know that I was married to help bring her peace. Besides, I was a wild child. If it didn’t work out, I could always divorce.

I think you would be hard-pressed to find a worse reason to marry.

On my anniversary, I went to a show with my friend (my husband didn’t mind), then my husband, my daughter and I ate out to celebrate our anniversary (he didn’t mind that either), and then he and I went off on an Arctic cruise where we were dragged up glaciers by dogs attached to our belts (more dragging, but he still didn’t mind).

That’s called a life together and maybe it started on a weird footing. But, right things don’t always have to begin for right reasons.

Oh all right, forget being reasonable. Reread my cautions above…but if you want to get married, just get married.