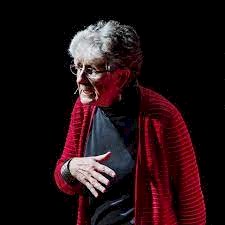 Monique Sternin is the co-founder of the Positive Deviance Approach & Initiative, and Adjunct Associate Professor, at Tufts University Friedman School of Nutrition Science and Policy. Over the past 25 years, Monique has been involved in developing and promoting the Positive Deviance Approach, an asset-based method to solve complex problems requiring behaviour and social change which she pioneered with her husband Jerry Sternin in Viet Nam.
She has developed the PD methodology in a variety of international public health issues including childhood malnutrition, maternal &newborn mortality & morbidity, anemia prevention & eradication in adolescent girls, polio eradication, advocacy against female genital cutting, condom negotiation and usage by commercial sex workers. In the US, Monique has been involved in pioneering the use of the PD approach to eradicate and prevent hospital acquired infections (specifically MRSA) in 6 US hospitals in collaboration with the Plexus Institute under a Robert Wood Johnson grant. Besides consulting in the use of the PD approach in new fields, Monique conducts PD orientation sessions at various academic institutions.