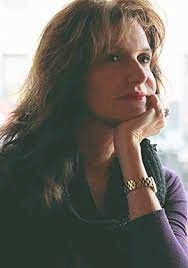 Gay Walley has been a writer/editor for the past 15 years. Her published novels include:

The VENUS AS SHE AGES Collection

STRINGS ATTACHED with U Press of Mississippi (1999) -Finalist for the Pirates Alley/Faulkner Award and Writer’s Voice Capricorn Award and Paris Book Festival.

A Film, THE UNATTAINABLE STORY, based on the book and written by Gay was completed in May of 2016 with Harry Hamlin and premiered at Mostra in Sao Paolo in Brazil. .

LOST IN MONTREAL, published by Incanto Press, came out in 2014.

DUET, published by Incanto Press, came out in 2014.

HOW TO WRITE YOUR FIRST NOVEL

HOW TO SAVE YOUR ONE PERSON BUSINESS FROM EXTINCTION

THE SMART GUIDE TO BUSINESS WRITING

Her play LOVE, GENIUS AND A WALK opened in the Midtown Festival in New York 2013, was nominated for 6 awards including best playwright. Also played in 3 pub theatres and Etc Theatre in London in 2018.

Gay also edits novels and memoirs and has ghostwritten books that have won awards, for many different types of people.