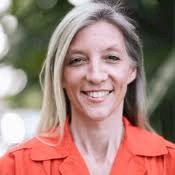 Dr. Tabatha Parker is a naturopathic doctor and the Executive Director of the Academy of Integrative Health & Medicine (AIHM), a global community of holistic and integrative health professionals.

Parker has received a variety of awards and honorary degrees, including 2015 Physician of the Year from the American Association of Naturopathic Physicians (AANP), and 2011 Visionary of the Year by UTNE Reader.

She was founding co-secretary general of the World Naturopathic Federation, worked with the World Health Organization on the WHO Benchmarks for Training in Naturopathy.  Parker led an international service-relief organization for over a decade, and her clinical work in Nicaragua focused on women’s empowerment and cervical cancer screening.

Her work with the Pan American Health Organization (PAHO), aided the Nicaraguan Ministry of Health to fully implement the WHO Traditional Medicine Strategy 2014 – 2023. Parker sits on the steering committee of the Medical Society Consortium on Climate and Health.  As an activist for the integrative health & medicine global health community she advocates for holistic healthcare as a human right and works for parity for healthcare providers and full access for all patients to traditional, complementary, and integrative medicine.