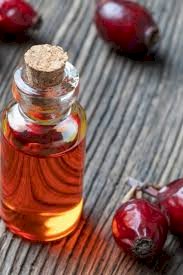 It’s time to reveal my secret for vibrant skin that stays that way as we age. I must admit that I’ve been reluctant to devote a blog to the subject. I thought it was a bit frivolous. But the weight of public opinion has ruled against me.

I’ve often been asked this question, “What do you use?”

And I freely share chapter and verse on my skin-care routine. Whether age 80 or 20, everyone came back to me saying, “Thanks…I did what you said, and it works!”

Still, I shared my secret only one person at a time and only if asked. But I was flat on my back getting anesthetized for my recent colonoscopy, when Anthony, the administering nurse, asked the familiar question—“What do you put on your face? It’s so smooth.” I then felt that it is my obligation to tell the world.

But first, let me digress.

It was 1956, and the Democratic Presidential Convention was taking place. My father was a district leader in Brooklyn, New York, and a delegate to the convention. Being a delegate’s wife meant my mother was about to go on rounds of parties and rallies—very political and critical to my father’s success. Of course, my gorgeous mother in her fox stole and Doris Day pinched-waist frock was an asset, as he entered a room with her on his arm.

I was eight years old at the time, when I heard the worst fight my mom and dad ever had…at least in front of me.

Mom: “Arthur, tell me who is running for office before I get to the party.”

Dad: “You don’t know who is running for office?”

Dad: “You know, Gertrude, if you put more in your head than you do on your face, we’d be better off.”

Oy vey! Two weeks went by without my mother uttering one single word to him. I thought this would last forever. There were flowers…an ankle bracelet with extra pearls…cards from Woolworth and McCrory’s…tearful begging and apologies.

After what seemed like an interminable number of weeks of tension, my mother finally spoke.

But what she said was not directed to my father. After accepting the third bracelet—it was from Fortunoff’s “good” counter, so who could blame her—she turned to me with these riveting words…

“No matter who tells you otherwise or wherever life takes you, don’t forget to moisturize.”

She put so much imperative into those words that I never forgot.

But in a world replete with moisturizing choices, what should I use? Now, “There’s the rub.” (Pun, definitely intended)!

Through many years of experimentation, relentless trial and error, determination akin to Edison testing his filaments, I have found the ultimate secret to beautiful skin.

Of course, before you apply this secret, you must exfoliate. But you know that without me telling you.

Skin rejuvenates approximately every 28 days. If that is not the case, I don’t want to hear it. It is one of the essential tenants by which I live my life. I use a battery-operated exfoliating device. Rite Aid, Walgreens and Walmart have dozens. I exfoliate once a week but extra if I see dull skin…heaven forbid.

When it comes to the moisturizer itself, I am polygamous.

I buy whatever cream is on sale, favoring Eterna ‘27’ by Revlon only because my mother used it. And then, I apply the secret…rose oil. (Shhh…say it softly the way “Rosebud” was uttered in the dramatic opening of Citizen Kane).

The best type of rose oil comes from Bulgaria, and it is not cheap. If you can afford $100, buy whatever brand you like, I have no favorites. You’ll find a large selection including the pricey ones on Amazon. I’ve actually gotten some from the gift shop on a river boat cruising down the Danube.

Fortunately, there are cheaper brands available all over the world and at most pharmacies. Right now, I have rose oil from the UK bought at Boots pharmacy, a bottle from a pharmacy in Paraguay and another from Whole Foods. They can cost between $10 and $25 for 2.5 milliliters. Cheaper versions are available on Amazon. Add a few drops into your moisturizer, day and night.

How did I come across the miracle?

When it comes to skin care, I am a seeker and a risk taker. I bought my first bottle in Morocco to escape the clutches of a rug salesman at a tourist trap. He also sold leather hassocks and rose oil, which he said was good for the skin. He gave me tea, so I felt I must buy something. The rose oil was the cheapest and easiest to carry home. So I carried it home and used it. Eureka! It was, truly, an accidental miracle discovery.

To convince you that it works, I should research the scientific reasons why rose oil is so efficacious. But I won’t.

I regard advice on skin care in the same light as I regard religion. What is it if you don’t have faith? Rationality could be its undoing. We are better off with a miraculous secret that has worked for millions through millennia (and has saved me thousands in Botox and fillers…not that there is anything wrong with them).

And while the colonoscopy is essential for my health, I can assure you that at the moment of my demise, it will not be the words “rectal colon examination” that will pass my lips…but the haunting (but now, no longer enigmatic) words—“rose oil.”