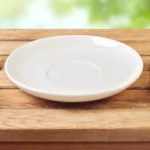 In my latest blog on biohacking, I admit that I hang out with top geroscientists, partly to observe what they do to live longer in good health. Many of them intervene in their natural biology with extreme exercise, fastidious nutritional habits and mega supplements of vitamins and herbs.

I have interviewed some of the leading voices in life extension on my podcast, Generation Bold: The Fountain of Truth About Aging. As a result, I have learned numerous new protocols to extend my healthy lifespan.

Who could blame me for being interested? I have the genetics of fruit flies. The graves at the Mount Lebanon Cemetery tell the tale of just about all my family dying of one disease or another before age 50. No wonder that healthy longevity seems to me to be akin to winning the lottery. But as the joke goes, “You have to buy a ticket.”

Two of my favorite radio guests are Dr. Aubrey de Grey, chief science officer of the SENS Research Foundation, and Dr. Michael Lustgarten, scientist at the Human Nutrition Research Center on Aging at Tufts University. Both are biohackers and renowned researchers on healthy longevity. One of the tickets to extending health span that they and most geroscientists pinpoint is calorie restriction.

Dr. de Grey was at one time considered to be extreme in suggesting calorie restriction to aid longevity. Dr. Lustgarten was looked at similarly. He eats so many carrots a day that he told me he sometimes turns orange. Yet, both these scientists now are seen as doing highly regarded research on healthy longevity to cut the social and economic cost caused by chronic diseases.

We are at a tipping point in self-care. Fasting, I predict will be part of that.

Call me a gero-groupie, but in following these researchers, I do believe that we can extend our lifespan through better self-care habits. Genetics alone do not define the potential for a healthy lifespan.

I also think that what and when we eat can roll back the chronological clock.

So when Dr. Nir Barzilai, director of the Albert Eisenstein College of Medicine Institute for Aging Research, and on the board of The American Federation for Aging Research (AFAR), told me that he was writing a book on fasting, I was all ears. Based on a growing body of research, structured calorie restriction, or timed eating strategies, that mimic periods of fasting have been associated with decreased disease and increased longevity.

There are emerging styles of fasting that geroscientists believe can fit into many lifestyles, all with beneficial effects. Some suggested fasts are merely intermittent. You eat every day but within a time frame to let the body rest and strengthen cells. Others are long term and can be weekly or monthly.

One my favorites is simply not to eat for 13 hours between dinner and breakfast. That is my way. Really, to me, it is not a fast at all. It just means that I do not snack at night.

Another way is one long fast every week or month. Many of my friends fast for 24 to 48 hours once a month.

The third, as you will read more about in Dr. Barzilai’s book (to come out in the Fall) and from other geroscientists, is to limit eating to a six-to-eight hour period and let the body rest for the remainder of the day. That is too grueling for me…so far.

I tell you about these top geroscientists because fasting as a way of health also can become a wild fanatical obsession when promoted by people with less scientific know-how. Fasting is trending, and I do not want you to fall into the wrong hands.

I want to forestall the confusion about healthy fasts and cult fasts and when it is just contraindicated to fast at all. There is a good reason for my concern. Fasting was an under-the-radar health protocol for most of us in the US. But like yoga, meditation, vitamins, exercise and plant-focused nutrition, it is poised to become a fad or a health benefit or a curse, depending on your reaction to the groundswell of this new focus.

If you think fasting cannot go mainstream, ask yourself this question…

Do you exercise…follow the Mediterranean diet…stop eating after 8 or 9 pm…eat gluten-free, sugar-free or vegan? These habits and protocols were not on the radar just 10 years ago. Meditation was hardly on the radar for the average person. Today, mindfulness is taught in public schools.

I believe that fasting soon will be embraced by not only a minor contingency but as a mainstream addition to your everyday habits to help you stay healthy.

So, it pays to take a moment to understand why fasting works. Remember the time you first took vitamins? It was easy, right? Some vitamin C, maybe a B vitamin and some calcium. Better yet, just take a multivitamin and be done with it. Years later, the number of supplements is mind-boggling…almost a cause for fainting at your local pharmacy, Costco or Walmart. Nutritional supplements are the subject of network marketing sales and as ubiquitous as herbal supplements.

Although fasting does not seem to be product-prone, there are numerous fasting protocols, apps, devices and companion products to aid you in your fast or help you select the right fast for you.

Understanding whether fasting is right for you and, if so, how you should fast is even more individual than selecting which omega-3 or biotin is best for you. I expect a spate of fasting apps, services like consultations and fasting coaching, as well as new supplements, to appear on shelves. Already, current examples include fasting apps such as DoFasting.com and ZeroFasting.com.

Why is fasting so complicated? Just stop eating, right?

Yes and no. In January 2019, Scientific Reports published findings from the Okinawa Institute of Science and Technology Graduate University and Kyoto University from a study of the blood chemistry of subjects after fasting for 34 and 58 hours (they took in only fluids like water) The researchers discovered 44 substances in the body beneficially increased by fasting, of which 30 substances produced by the fast were previously unrecognized. The researchers concluded that “This diverse, pronounced metabolite increases result from greatly activated catabolism (breakdown of molecules to produce energy) and anabolism (synthesis of molecules to store energy) stimulated by fasting.”

Many of these substances affect the indices of aging, which you can read about in my previous blog—Disrupt Aging How Science is Making 60 the New 30. They include antioxidant defense, inflammation control and the metabolic processes that can slow the pace of or even reverse aging.

The surprise for the researchers is that the big benefit of fasting wasn’t increased metabolism. It triggered other age-reversing activity. For example, we know that the body uses energy to perform. As a generation of calorie counters, we boomers know that a calorie is a measure of energy. During a fast, the body uses stored fat and glycogen instead of carbohydrates, fat and protein from the food you ate as a source of energy. This use of fat and glycogen, in turn, is the catalyst to many other increases in the benefits of metabolites…

Many of the benefits caused by changes in the above metabolites peak when doing a 34-hour fast. But for some subjects, the rates increase for up to 58 hours. Scientists are learning the effect of fasts, the optimal duration of a fast and how to measure the age-reducing elements of fasting in individuals.

Fasting research is also looking at the downsides. The body may be producing antioxidant compounds because of the oxidative stress that fasting can cause. So potential fasters must check with their doctors to be sure fasting is safe for them and then ask themselves, Am I ready to put myself in danger for the potential that good things will happen to my body? This is not a new concept. Remember, “No pain, no gain”?

But even in our “just do it” atmosphere of healthy aging, we are taught not to overstress our body…listen to our body…and integrate any new protocol slowly.

When asked if fasting makes me feel lightheaded or sick, I say “no,” only on Yom Kippur. But that is a whole other fast.