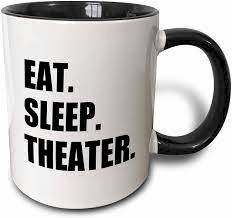 My name is Adriane, and I am a theater addict. Every morning, I crawl to my computer and log into Unfilled Seats, Gold Club, Club Free Time, Goldstar Events and the Theater Development Fund, among others. I root around with the compulsion of a gambler throwing her last pair of dice.

My addiction sometimes, but not always, involves travel. I have enjoyed an Icelandic operetta in Reykjavik (no subtitles) and a Finno-Ugric Sami musical while wrapped in silver foil against -5 degree cold in Lapland. Last week I attended a circus in Cairo. The usher whispered, “It’s not very good, it’s government run.” I loved it. The clown act featured a dog that pooped on cue.

My daughter, the director/producer/casting associate (This is Us, Shakespeare in the Square) admonishes, “Mom, you’ll go to the opening of an envelope.” Yes, but only if I get a good seat.

The instigator of my addiction was my dad. My father was the lawyer for most of the theaters up and down Broadway. His reward was fifth row center or box seats. My first show, at age eight, was The Happiest Millionaire starring Walter Pidgeon. There I was in my crinoline blue dress. The theater went dark. A rare calm seeped through my young body. The curtain parted, and I stared into magic. Walter as Anthony J. Drexel Biddle entered stage left in his perfectly tailored suit and recited his first comic line. I didn’t get the joke, but the audience erupted in laughter and so did I. This was the beginning of the end.

There is a kind of event at which fellow addicts congregate, commonly called a fringe festival. From Hollywood Fringe (where my daughter won an award for her production Mackers!, which is Macbeth but only the funny parts) to Philadelphia Fringe, I am on all the Festivals’ e-mail lists. At the Edinburgh Festival, I saw five shows a day for seven days in a row. I covered my bed with tickets and then jumped on it, watching the stubs fly around the room. After all, I was fortunate enough to see Ethel Merman in the original Annie Get Your Gun and Julie Andrews in My Fair Lady. I feel it’s not unseemly for me to immerse myself in a sea of tickets.

And speaking of immersion, the fourth wall has been broken with immersive theater. When I was younger, I thought I might be on the stage myself. My hopes were dashed quickly when I tried out for second grade glee club at PS 244 in Brooklyn.  I offered a lively rendition of I Could Have Danced All Night. From that day forward, I heard the same word every time I tried to get on stage: “Next.” But immersive theatre like Sleep No More and Trainspotting Live came to the rescue. The audience is completely within and may even take part in the show. During the cult favorite The Strange Undoing of Prudencia Hart, I got to tear up napkins, throw them in the air and play the part of snow.

But, mostly, like Chauncey Gardiner in Being There, “I like to watch.” The Fox Theater in Atlanta did a terrific Jersey Boys, Chicago’s The Book of Mormon was as good as Broadway’s, and there are great Shakespeare centers in St. George, Utah and Staunton, Virginia. How do I know? I sneak away from conferences to attend local theater. I love regional theatre. Think it’s impossible to get tickets to Hamilton? Check out the Fisher Theatre in Detroit.

Another confession. I like to watch regular kids perform. I’ll see a sign that says Anne of Green Gables, Saturday, 7:00 PM, Oshkosh, Wisconsin Junior High School, tickets $7.00. I arrive and pay, sometimes mildly pretending to be with a family in front of me in line if I’m feeling like a party crasher. And I give a donation if the school is fundraising and pray that artistic seeds continue to be planted so my ‘drug of choice’ will continue to be available nationwide.

As I am warned for the umpteenth time to turn off my cell phone and pre-unwrap my candy, do I want to be cured of my addiction? Absolutely not. On the Greek island of Kos, birth place of Hippocrates, you will find the ancient hospital at Asklepion. Its centuries-old wellness center included a theater. Theater is healing. Theater needs an audience. More often than not, that audience is filled with aficionados of a certain age. If Social Security ever ran out of funds, Broadway would go down in flames. Let the young guns watch virtual reality. I’ll watch live theater to live.

I have written a poem to honor myself and all my fellow theater addicts:

The World’s Greatest Spectator
It’s a natural fact, I truly cannot act
You’ll tell with just one glance, I surely cannot dance
It’s a funny thing, I really cannot sing
But, I am not bitter
I am important to theater
I am the spectator, I buy the tickets
Without me you’d be a waiter
Fifth row center
I’ll see you later

I “performed” this poem live at Bochstock, an annual event at my home created by my daughter for her student friends at the Tisch School of the Arts. They are all graduated now, and most of them can be seen on Broadway. So can I.