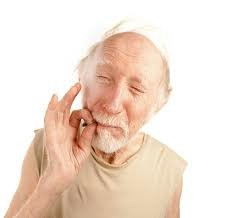 Unlike President Clinton, I inhaled. I had to if I wanted to breathe while walking through Washington Square Park in the early ’70s. The air was heavy with the scent and the curling smoke of grass.

My grass history started when I moved to Greenwich Village for law school. Weed was as plentiful then as overpriced lattes are today, maybe more so.

Espresso at The Peacock, listening to the music of Dylan wannabees, performances by the droll Brother Theodore, hippy bongo players, already old by our standards, and the ubiquitous weed, are more in my memory than torts or constitutional law.

It was a deliciously illicit and fun time.

It’s 50 years later, and I am in a cannabis emporium in Denver. The place is vast, cleaner than my supermarket and bright like a supermodels’ runway. I went in out of curiosity, just a sightseer. But I became fascinated by the variety of what was offered. I felt like Robin Williams’s character in Moscow On the Hudson, who nearly fainted in the supermarket from the many choices of soup alone.

I wanted to know more about what I saw, especially the edibles. “How are the cookies?” I asked, impressed by the variety and remembering the occasional brownies that my PhD-student friend would make for us.

“They give me vertigo,” was the young counterman’s surprise answer. He elucidates, “You have to know your strength. Each item has the dosage clearly labeled, so you must choose the right product.”

The “product,” he called it. Sadly, I left empty-handed. I didn’t know my correct dosage.

I could have asked for the dosage that Little Mike used to sell under the street lamp on the corner of West 4th and Waverly Place in New York City. That’s my dosage…but the young man would never understand.

I have been following the cannabis explosion for some time and in several ways.

I am a speaker for the Oxford Club, a group of very savvy investors. I usually give my talks along the Danube or at very classy hotels booked by the greatest of all event planners, Steven King (not that one.) So I was not surprised when I was invited to speak at a meeting that would also feature an introduction to cannabis investing.

It was at this event that the science behind it sent me back to Mrs. Prusan’s natural biology class. There is nonaddictive Cannabidiol or CBD, naturally found in cannabis flowers. And by contrast, I learned about tetrahydrocannabinol or THC, that causes the high.

Oh, wow. These investors took notes, evaluated the bottom line and decided in grave conversation which companies might make it and which would not. Should they invest in the stuff itself or the paraphernalia or the sidelines such as pain creams? If Little Mike could see this, he would have gotten off the street and into the boardroom.

Aside from cannabis as a legitimate business, I ran across European/US cultural differences during a recent trip to Amsterdam.

I was chasing the paintings of Flemish Old Master Jan Van Ravynstein around the Hague, and it led me to a museum along the Amsterdam Canals and near the grass joints. I couldn’t resist going in.

These are the Starbucks of weed—cafés that cater to your culinary tastes and serve tea (yes, that kind of tea)…or espresso. The atmosphere was European/Dutch. Clean, dark, slightly brooding and cinematic. Not as steamy as Greenwich Village when I lived there, but at least here you could be moved to write a poem or draw a sketch while you drank your cannabis tea or ate your THC-infused brew. Pot in a pot, with a muffin. You might wonder what the Burghers would have thought of that.

Contrast this with our US emporiums. Sterile, professional stores that efficiently move you to consider investing or deal with your arthritis.

And they are promoted with ads that could just as easily be selling vacuums or cupcakes. Here are only two of the five huge signs at the tiny Palm Springs International Airport before you enter the escalator to the gates, with its Sonny Bono welcome sign.

Cannabis is now an industry—bright, commercial and lucrative far beyond Little Mike’s dreams.

For me today, tripping means checking out Rick Steve’s travel website or exchanging my timeshare. But that doesn’t mean I’m not nostalgic for the trip I used to take on the corner of Waverly Place.

I ache a little for that time, not of wine and roses, but of weed and music.

Nights at Café Wha…days buying pickles and spices on the streets of the West Village with names like Great Jones or Gay Street…listening to standup comics who, by now, have made it but then were funny in new and avant-garde ways. I cannot duplicate the thrill of the mildly forbidden or the feeling that art was the answer. It was a fleeting time in my life—that brush with the poetry readers, the already aging bongo playing hippies and the idealistic NYU students who would eventually become the doctors, lawyers and business people of America and very few (although some) poets and artists.

Grass ultimately was responsible for my 48 years and counting marriage. Here’s what happened.

I ventured uptown to Columbia University. It was a party in a two-bit, walkup that would cost more than $3 million today. The Columbia law students had even better access to grass than we did downtown. Amazing but true.

The music was playing, someone handed me a joint, and I guess I had the wrong “dosage.” Where was Little Mike when you needed him?

I started to panic, got scared and wanted desperately to get out. Who would I call? The dapper older man I dated? The sexy but elusive guitar player who introduced me to my first drink (don’t get excited—it was Merlot and looked like the familiar Passover wine)?

I called the salt-of-the-earth law student who lived in my dorm and seemed always to be there, like furniture. Him I could trust to come all the way uptown by subway, to escort me home from a party to which he was not invited and wouldn’t have been comfortable if he was.

And then I pledged never to smoke again. And I didn’t, until…

Twenty years later at the Lotus Club. It was a ritzy wedding affair for a very wealthy couple. The grass came in polished teak boxes and was passed around by hands weighted down by gold and diamonds. Cufflinks and rings sparkled as matches lit.

The crowd knew it was illicit, but they were too chic to look surprised or ruffled. It was like a modern-day party at Jay Gatsby’s. The waiters looked away. I took a puff so I could be “part of the crowd,” I put it out and with it ended that little chapter of my life.

Little Mike is off the corner in many states, and the local emporium has taken his place.

Will legalization become nationwide? With regard to medical marijuana, there is so much physical pain in this world and friends in hospice tell me that it helps in many cases. I know there is controversy regarding decriminalization, but hopefully, a viable approach will emerge. As for the recreational stuff, the marketplace will likely dictate the outcome.

But in my heart of hearts, the mainstreaming of grass seems a bit like what the politically correct police call “cultural appropriation.”

No, it’s not your grandmother’s weed anymore. And now I am the grandmother.