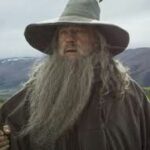 Personally, I am not a fan of wisdom. I see it as a ploy to give us older folks a job in society without having to pay us. I searched Google and LinkedIn for an hour and found Chief Innovation, Chief Inspiration, Chief Impact and Chief Evangelist Officers…but only one Chief Wisdom Officer—at DaVita. And he is in his mid-50s.

Oh, sure, an occasional tribal chieftain might have been in the chips because he knew the ancient route to the reindeer or buffalo. But now we have GPS.

There is no universal or even generally accepted definition of wisdom. One man who should know is Dr. Dilip Jeste, head of the social and medical research team at UC San Diego. This prestigious group reviews scientific literature and synthesizes the opinions of wisdom researchers in gerontology, sociology, psychology and psychiatry.

Guess what they conclude…

“Wisdom is a general knowledge of life and good judgment in social situations; control over your emotions; pro-social behaviors like empathy, compassion, altruism and a sense of fairness; insight into oneself and one’s actions; value relativism (‘accepting that we don’t know what the truth is sometimes’); and decisiveness.”

Sounds like emotional intelligence to me…or being very nice…or a life lived in balance. This is all cool but not traits exclusively associated with old age.

So is there any truth that we get wiser as we age?

Dr. Vivian Clayton, a geriatric neuropsychologist, defined wisdom with a pro-age bias. After studying ancient texts on what various societies thought wise, Dr. Clayton posited three key components of wisdom—knowledge, reflection (or perspective), compassion. These sound like traits associated with the mature…but it turns out that’s not the case.

Dr. Monica Ardelt, professor of sociology at University of Florida in Gainesville, undertook a comprehensive study of wisdom and agreed with Dr. Clayton that wise people see their “own positive and negative sides…become less egocentric. Being less egocentric helps you tolerate others who aren’t so perfect either, which gives you the element of compassion that’s also a crucial part of wisdom.”

Then she devised the Wisdom Scorecard—a self-test that gives an overall wisdom rating. The test was administered to people of all ages. The scores showed that there is no concrete evidence of a positive age-wisdom relationship!

So from where exactly does this connection between aging and wisdom derive? Or is it just a bone we are thrown to make us feel better when society sees us as obsolete?

Psychologist Ursula Staudinger, cofounder of the Berlin Wisdom Project in Germany during the 1980s, feels that wisdom has two components we might associate with living longer years—1) the ability to give good advice to others…2) the ability to gain deep insight into your own life’s failures and successes.

As for the former, have you tried to give your grown children any advice lately? Have you gotten a job because of your years of experience and mentoring ability?

When you dig deeper into the Berlin Wisdom Project, you’ll find the work of Dr. Paul Baltes, who created a list of five wisdom components called the “categories and nature of wisdom.” If he is right about the nature of wisdom, none of the attributes he listed are prized today…

1. Rich procedural knowledge about life. Older folks have rich life experience and therefore, because of what neuroscientists call “crystallized intelligence,” they take longer to make decisions. The result—we are often ridiculed for it and met with impatience.

2. Rich factual knowledge about life. The facts of what old people know are considered outdated, even reactionary. If you want a great recipe, you can ask Grandma…but hers won’t be gluten-free, organic and vegan. “Chef Google’s” will.

3. An understanding of lifespan contexts. Yep, oldsters get the big picture—“life goes on”…“it’s not my first rodeo”…“this too shall pass.” Surveys report that older people are taking COVID-19 in better stride than younger people. The result is our kids are calling us reckless, reactionary and dangerous to society. There is not an inkling that we may know what we are saying by putting COVID into the context of decades of life experiences.

Surely elders have a lock on the last two components delineated by Dr. Baltes…

4. An awareness of the relativism of values and priorities.

5. The ability to recognize and manage uncertainty.

Not so fast. Dr. Staudinger concluded that such wisdom may decline with age. What looks like good values and the ability to cope with uncertainty may be just a reconciliation with death. “As we approach the last phase of life, our task is to come to grips with terminality,” writes, Staudinger.

We are all trying not to think about death and, as a result, Dr. Staudinger concludes, “our psyches motivate us to make peace with ourselves and feel good about our life choices. According to an article in Senior Planet, ”It is that ‘peacemaking’ that appears as wisdom and why the ‘older but wiser’ image persists.”

“Wisdom cannot exist independently of individuals…[and] wisdom itself cannot be preserved outside of individuals. Its distribution in society depends on the personal development of the people who make up society and not on the development of a [culture]…[E]ven the most profound ‘wisdom literature’ remains intellectual or theoretical knowledge until its inherent wisdom is realized by a person.”

You probably know the philosophical question—if an elder is wise, and no one acknowledges it because they see the elder as useless, is she still wise?

I know you think I’m too harsh. But I’m going to prove my point and get off the soap box.

We all know that COVID hit the elder population hardest of all. We know that some people saw this as a “good thing” to get rid of the burdensome, health-care–costly elderly. But we also know that most people felt bad for the elderly…they felt pity, even compassion…and did many nice things, like sing songs in front of the windows of nursing homes.

But not one person, on either side of the political aisle, nor the age-friendly, nor the ageist, lamented that we are losing our wisdom bank. Not one person saw these deaths as such because we never allow that wisdom to be honored and used. Maybe because it does not exist. And if it does, nobody cares.