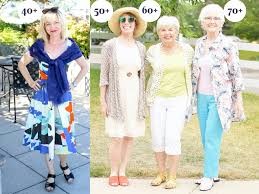 I was on vacation enjoying a terrific massage when the masseuse, who I know a little bit, asked me a very serious question. “I’m turning 40, and it’s making me depressed. I’m yelling at my husband and crying a lot. Do you have any advice for me?”

Oh, yes. But this was too weighty a request to be addressed while floating away to the otherworldly tones of singing bowls. I wanted to deliver an answer that would count. I promised her I would respond at our next session.

For me at aged 40, I know what I would have wished someone had told me. I wondered whether my vacation “playmates” would agree.

There were 30 of us, some with knee or hip replacements, but all fit and happy. Our trip included a hike in Sortland, Norway above the Arctic Circle. It was rugged and steep. The hike ended in a mountain hut where we could write our names in a book to prove we had made it.

I shared the masseuse’s question with the group. Aging did not depress them whatsoever. And we all attributed it, in in our own individual, different ways, to one trait, a rare, even bizarre trait perhaps, that we all had in common. It wasn’t health or money or friends or education, or any of the qualities that I admit surely contribute to a happy old age.

It was something else entirely. It was our outlook on time.

Let me put this in context. In 2014, leading bioethicist and oncologist Dr. Ezekiel J. Emanuel wrote an article published in The Atlantic called “Why I Hope to Die at 75.” Thousands of responses to Dr. Emanuel showed the Great Divide between those who want to live as long as possible and those who want to pack it in before they get too deep into aging.

My vacation mates did not want to die at 75. They did not think that leaving the planet was altruistic. Why not? Simple. My vacation buddies not only felt relevant to their families and to the world at large, but also felt they had sufficient time in life to make even more of a mark. They had plans.

To my mind, depression in folks turning 40 or 50 because of age stems from fear of increasing irrelevance.

In contrast, people making continuing contributions feel and are vital even if they use a walker, are in some pain, or don’t look like a magazine model. An 80-year-long study of 1,500 Californians, The Longevity Project, proves the point.

The researchers reached surprising conclusions about why some people live healthier and longer and why they want to.

Considering subjects still working in their 70’s, the researchers concluded “the continually productive men and women lived much longer than their laid-back comrades.”

To strive for life engagement, you need a little quirk. You need to live like you have all the time in the world.

If you expect to live long, it comes naturally that you will try to eat right, exercise and save dollars for the future. Most of all, you will feel you have the time to create and pursue new dreams and the time to fulfill them. The worst philosophy I have ever heard is “Live like it’s the last day of your life.” God forbid. I would hide under the covers in fear and regret.

At first, the masseuse was dubious.

“But, I don’t have all the time in the world. The reality is that I will age and die.” I explained, “It’s not about self-delusion. People who are happy to be aging still know they will grow old. It’s about self-illusion. Bring the magic of timelessness into your thinking, and you will embrace life a lot harder than anyone who expects to check out by Monday.”

She got it. I saw the results before my eyes.

It started with her planning a camping trip, a night with the kids, and, glory be, a new wardrobe. The birthday became a celebration right then and there.

But, she wanted more. “Is there any other advice you can give me for success in aging? The one thing that is most critical to you personally?” This time, I did not hesitate. “Of course,” I replied. “I should have said this in the first place.”