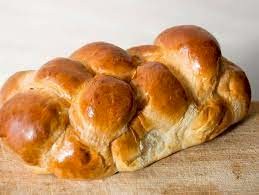 I was looking for a dish to bring to our Historical Society’s pot luck fund raiser. Don’t get me wrong. I never intended to actually make the dish, just to buy it and include a card with the recipe for effect.

I have zero cooking ability. In fact, I have been granted only supervised visitation with my stove. Truth be told, I don’t have a stove. I use a microwave oven that has a small broiling element built in. This miracle was invented by a client of mine, and with it I can happily make Trader Joe’s oatmeal or egg in a cup or reheat coffee. What more can you want?

I tried for better…but that was a long time ago.

At the beginning of our marriage, I copied the picture on the cover of House and Garden called a “Summer Supper.” I guess the recipe was somewhere inside the magazine, but who has the patience to look? I ended with a blender full of lettuce poo and a husband who vowed to be the family cook from then on. He kept that promise for 48 years, in the interest of self-preservation, no doubt.

While browsing through Costco for a dish that could pass as home-made, a bit of luck came my way.

A friend asked if I would join her table at the Mega Challah Bake. We would all learn to bake that soft, slightly sweet, iconic braided bread. The bread is a staple at every Jewish prayer ceremony and holiday, but the taste is ecumenical. People of every religion (and people of no religion) love it.

My mind raced. I envisioned a straw basket nestling a loaf of still-warm fresh bread, a reliable recipe and my special touch, a red and white checkered cloth covering the basket…Martha Stewart, move over.

That’s what I envisioned. Here’s what I got.

The nearly 400 women excited to be baking in community came in like Alexander the Great’s army conquering Egypt. These folks knew how to bake, and they would be triumphant.

I came late from work and scrambled for a seat. We all first sampled the bread we were about to bake, and it was heavenly. In all forms, as loaves, muffins and rolls, it was delicious.

This was going to be a real game changer for me.

Rachel, the lovely wife of our rabbi, was our recipe guide. She was reassuring. “Everything is measured out. Nothing is left to chance. You can’t go wrong.” Then she uttered the most misleading words in the English language: “It’s foolproof.” I knew I was just the fool to prove her wrong.

It all went so fast, such a blur. Flour, oil, water, kneading the dough…and then, “Ladies, just divide your dough in three parts, roll it out like sausages, pinch them together at the top and make a braid. We’re all women here. We have all made braids.”

I never made a braid. My daughter had braids, but I never asked where they came from. I just thought that eight-year-old girls were given braids from some fairy or other. It turned out that her brother, 10 years her senior, braided for her. I was stumped about this challah braiding…sat for a moment in silence.

And then my hands took over my mind and I braided…freestyle. A mistake.

I looked at the carefully braided and lovely dough offerings of the women around me. I looked at mine. I saw what seemed to be a small dead chicken, pale and bumpy, sitting in a tin baking pan ready for the oven.

Never mind, there was another chance: Next up was the famed six-braided challah bread that the folks in Anatevka would have recognized. But no, mine simply looked like two dead chickens, one stacked on the other.

Then it was over, as quickly as it had begun.

I filed out with the others, anonymous in the crowd, our braided, unbaked dough cradled in tins in our hands. So, mine were ugly. So, sue me. It was foolproof…it would taste good. Right?

Since, as I mentioned, I am not allowed to turn on the stove, my husband placed the tins in the oven preheated to 400, then lowered to 350, baked for half an hour as per instructions. As he did so, I slept with exhaustion, so much was I overcome by the bread-making experience. My arms ached from kneading, and my shoulders ached from fighting off the evil instinct to add to or subtract from the recipe.

It did not taste anything like the samples. My friend’s bread, made from the same dough, was delicious. Now we must ask. What is the metaphysical possibility that two loaves, the same in every detail and execution except for the quality of the braiding, should taste so different?

I have no answer, I’m just asking.

And finally, I challenge you. Here sits the recipe, the very one we baked that day, tauntingly called Chana’s Favorite No-Fail Challah Recipe. Share it with others…create your own holiday baking party. (Here’s how to braid with three strands…and with six.) At your baking party, have each baker follow the recipe perfectly—and then marvel at how each loaf is different anyway.

It’s proof that whatever you do, there you are, and there as well are all the unique souls around you.