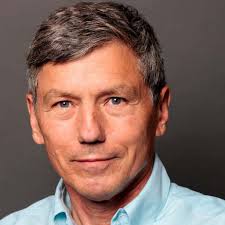 Dr. Fossel is the driving force behind Telocyte™ and has been the leader in proposing the use of telomerase to treat human disease for the past two decades. Born in 1950, Michael Fossel grew up in New York, and lived in London, Palo Alto, San Francisco, Portland, and Denver. He graduated cum laude from Phillips Exeter Academy, received a joint BA and MA in psychology in four years from Wesleyan University in Connecticut, and, after completing a PhD in neurobiology at Stanford University in 1978, went on to finish his MD at Stanford Medical School in two and a half years. He was awarded a National Science Foundation Fellowship and taught at Stanford University, where he began studying aging, emphasizing premature aging syndromes. Dr. Fossel was a Clinical Professor of Medicine at Michigan State University for almost three decades and taught the Biology of Aging at Grand Valley State University. He has personal experience with a number of biotech companies, both as an inside or angel investor (Geron, Sierra Sciences), an advisor (Geron, Sierra Sciences, Phoenix Biomolecular, Betterhumans, Androcyte, PhysioAge, BioViva), and an executive (Cerner, Double Helix). He is the medical advisor for the Dementia Society of America, and has been a member of numerous scientific organizations including the American Association for the Advancement of Science, the American Aging Association (he was their executive director and served on their board of directors), the American Gerontological Society, the American Society on Aging, the American Geriatrics Society, and the Alzheimer's Association ISTAART, among others. He has lectured at the National Institute for Health and the Smithsonian Institute, and still lectures at universities, institutes, and conferences internationally.