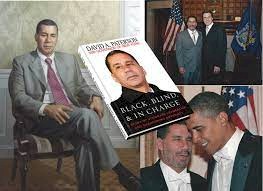 David Paterson is an American politician who served as the 55th Governor of New York, succeeding Eliot Spitzer and serving out the final three years of Spitzer's term from March 2008 to the end of 2010.
He is the first African American to hold that position and the second legally blind US Governor of any state after Bob C. Riley, who was Acting Governor of Arkansas for eleven days in January 1975.
Since leaving office, Paterson has been a radio talk show host on station WOR in New York City, and was in 2014 appointed chairman of the New York Democratic Party by his successor as governor, Andrew Cuomo.