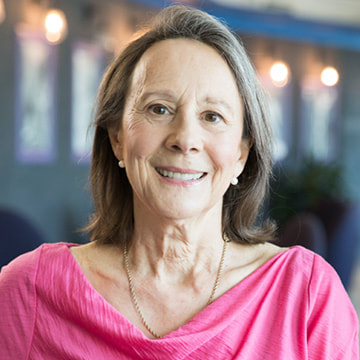 Get Inside the Psyche of a True Though Leader-Esther Dyson, Founder and Philanthropist at Wellville, 23 AND Me, and (wait for it) a Cosmonaut
This Generation Bold interview is a must-listen for anyone who wants to start thinking like a thought leader…grow their organization, turn ideas into reality.
Esther Dyson is a true Renaissance woman, making a change in how we all stay well. Esther is the legendary investor in twenty-three and Me. She can see potential in new ideas and turn ideas into reality. Esther is devoted to Welville, upgrading the health of five selected communities in the US and creating a  chain reaction to other communities. If your region gets healthier may be because of Wellville
If you never had a conversation with a true thought leader, Esther reveals how she thinks and acts to create change. You will be inspired.
She is a journalist, a philanthropist, an investor, and she is a connoisseur of change.
She looks to see what will really work and tries to make it happen. And that is not easy. We will be talking about precision medicine, equity in health care, and longevity, how you get people together to really make a difference, and how you get government officials together to make a change in their community.
Truth Nuggets from Esther:
Truth: Build an organization that spreads success…An endeavor is a true success when it helps others not just to succeed, but in turn to also help someone else succeed.
Truth: Inclusivity pays off in community change. The great purpose is thinking long-term. And it is thinking about the community, including people of different races and the poor. If we went to a new community and helped the upper half of the demographic become dramatically healthier, we would consider that a failure.
We are really trying to reduce the disparity.
We are trying to make the community feel more like a community. We go walking around in the streets doing that ourselves.
We are basically helping the people in the community who are good at doing this. We are helping them get better because the people who succeed are more willing to share and collaborate than the people who are struggling.
Truth Takeaway for life: Make new mistakes. It is always make new mistakes. Cause that is how you learn. Do not make the same old mistakes. And learn from your mistakes, so you always make ONLY  new mistakes. The basic idea is not to be afraid to try stuff, but do not try and fail doing the same thing over and over again. So, it is an encouragement to give things a whirl, like, doing Wellville itself. I mean, sure, people have started things, but no one was doing that.
AND YES…SHE IS A COSMONAUT
"Okay. So, I trained as a cosmonaut in Russia and spent a few weeks in Baikonur Kazakhstan*. I was a backup. I actually went to the space station and stayed there for a while, as opposed to most of the guys going up right now, or basically going up for a few minutes, hanging out. But they are not actually living there. My goal ultimately is to have it be boring and normal to be weightless.
And so, if you stay up there for a week, you get over all nausea. It just feels familiar. So, I have not yet experienced that. I've been weightless a bunch of times, and I've been through the training. So interestingly, when I watch a space movie, my first reaction is, oh yes, I was there."
*Baikonur Cosmodrome in Kazakhstan has been the launch site for Soviet and Russian space missions since the beginning of space exploration in 1957. The first satellite and the first human flew into space from there. Today, the site is heavily used for Soyuz astronaut launches to the International Space Station.