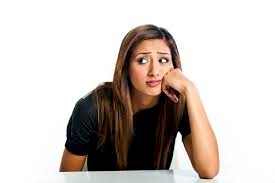 As I approach 70, I fully expect my ‘happiness quotient’ to get higher. My older self will be happier than my younger self. Some very credible studies say so.

Researchers call it the U Bend, with happiness dipping in our 30’s, reaching nadirs in our 40’s and 50’s, then rising with the advancing years.

This comes as a surprise to most folks, even the researchers. The title of a leading study of more than 1,500 adults ages 21 to 100, “Paradoxical Trend for Improvement in Mental Health with Aging,” reveals the authors’ astonishment over their own findings.

Who can blame them?

We are culturally programmed to believe that with physical and sometimes cognitive decline must also come blacker moods and an aging society marked by an older generation of Debbie Downers.

For example, The Sanford School of Public Policy asked 30 year olds and 70 year olds who among them is likely to be happier. Both groups opted for the younger group. But, when asked personal questions that could reveal their actual happiness, the oldsters were happier.

Of course, as a financial gerontologist, I’m bound to wonder whether money has anything to do with happiness.

According to some convincing research, apparently not. A study out of the University of Chicago analyzed three decades’ worth of tracking data on folks ages 18 to 88 and found that throughout the economic cycles, older people were happier than younger people. While younger, poorer people were not as happy as younger, richer people, this evened out with older subjects. In fact, the odds of being happy increased 5% with every 10 years of age regardless of wealth status.

Even countries are studying this happy factor.

In 2008, Nicolas Sarkozy, president of France, asked Nobel Prize-winning economists Stiglitz and Sen to come up with a measure of national contentedness. In 2010, Britain began to collect stats on wellbeing. By 2016 the UK’s Office of National Statistics had found the happy years to be 67-75. Studies of 72 other countries agree.

But, hold up a minute. Does this mean I have only 5 more years to be happy?

Well, it depends. A fair number of researchers find that folks get less happy starting in their seventies. People with heart disease, arthritis and other serious maladies are typically less happy. Who would have thought? But researchers, and I wager all the rest of us, are flummoxed by the contrast between elders who stay happy regardless of health status and those whose happiness fades the moment their colonoscopy turns up a polyp.

I recall the words of my late mentor, Commissioner Janet Sainer. “All babies are the same; but, all seniors are different.”

I’m not surprised to discover that researchers seek predictability with little success in their oldest subjects. Despite the world seeing oldsters as an indistinguishable pack, the aged are very different from each other. So, will the U Bend flatten after 75? That depends on you!

Let’s look at what might sustain this age-happy phenomenon for us individually.

For my 60th birthday, I graced myself with the gift of trekking in Bhutan. That country claims to produce the world’s greatest GNH…Gross National Happiness. What I discovered were meditative people, with strong family ties, short on junk food and high on faith. This dovetails with the oldest longitudinal study on adult development, started at Harvard in 1938. Its current Director, Dr. Robert Waldinger, is himself a Zen priest and presses the importance of relationships to happiness. “Isolation kills,” he asserts.

But, there’s more to growing happier as we grow older than a calm and quiet life among friends.

Studies show that older brains are programmed to make better decisions…which make us happier. Older people have greater “crystallized intelligence”—their life experiences create more neuron connections on which to draw when making decisions. Here are just some of the stellar decisions we make that researchers equate with increased happiness:

We live within our means. We seek security, which beats net worth in generating calm and contentment.  “Rich” is only a number; positive cash flow is a good night’s sleep.

We do things now. Laura Carstensen, director of the Stanford Center on Longevity, says that we “monitor time horizons.” You don’t have to live every day as if it were your last…this would scare the hell out of me. But, you can make the most of each day.

We cherish our life purpose. Sometime after retirement, we latch onto something that really lights us up. Younger folks push that mission into their future. No wonder they’re happier when that future comes around.

So, are you too young to be happy?

If so, it’s ok. To paraphrase JFK (who incidentally was part of the Harvard longitudinal study), when asked about his youthfulness as a president of the United States, “I’m doing something about that every day.”